The Israeli-made Faithful City stars Jamie Smith as an American in Tel Aviv just after World War II. Smith makes the acquaintance of a group of orphans, Jewish refugees of the concentration camps. It takes some doing, but Smith wins the love and trust of these displaced youngsters. Like most government-funded Israeli productions of the early 1950s, Faithful City is designed more to instruct and in... 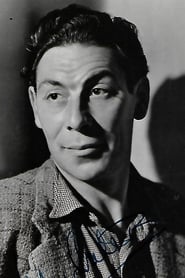